Mark Jones is in his first season (2019-20) as the head coach for the Quincy University women's volleyball program.

Jones comes to QU after serving two seasons as an assistant coach for the Indiana State women's volleyball program. During his time at Indiana State, the Sycamores accumulated 21 wins in two seasons and made an appearance in the Missouri Valley Conference tournament in 2017, which included their first tournament win in school history.

Jones led Manhattan College to five trips to the MAAC Tournament and four 20-win campaigns and is one of only two coaches in Jaspers program history to accumulate over 100 victories. During his time at Manhattan, he coached 11 All-Conference players, including the Freshman of the Year in 2012 and the Conference Player of the Year in 2014. He was also named Conference Coach of the Year in 2010, his second season.

Jones began his collegiate coaching career in 1994 at Washington State where he served four years as the head men's club volleyball coach and as an assistant on the women's volleyball staff. On the men's side, Jones compiled an impressive 99-22 (.818) overall record, 46-4 (.920) league mark in the Pacific Coast Intercollegiate Volleyball Association (PIVA), and four PIVA conference championships. 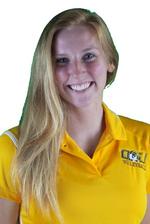